Katelyn does whatever the fuck she wants. So I really shouldn’t have been surprised when, after we’d spent most of the night at a friend’s house party, instead of letting me make a beeline for Jack in the Box and Disneyland Bed* she told me to turn North on Ingraham: “We’re going to crash parties in PB.”

We drove around the neighborhoods slowly, windows down, listening for the sounds of revelry.

Anyone who attempts this should definitely work in pairs. For optimum crashing teamwork, one person should be hopped-up on energy drinks but otherwise sober (me), and the other should be teetering between well-buzzed and fully drunk (Katelyn). Sober teammate can keep us out of the danger zone, and drunk teammate can manage the brazen introductions that are necessary.

I have to acknowledge the fact that what we’re doing isn’t possible for everyone. It probably helps that we’re two attractive (white? that might help) girls. I think it could be done by guys but they’d face more rejection.

But, my god, getting to wander around the streets at night as a woman is exhilarating. I don’t need to be afraid — the world isn’t always full of predators, I can fend for myself, I can be the intruder for once.

Technically, of course, we made sure to get permission before entering a person’s home. They may or may not have assumed we were invited anyway, but we let them open the front door for us. At party #1 we hovered near the neighbor’s door until they motioned for us to hop on over the back wall. “You’re the neighbors, right?” And that’s the story we stuck to when a new housemate came home from a night on the town and asked us, “Who are you?” 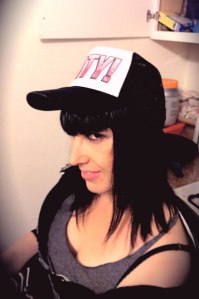 Party #2. She found this hat and had to wear it. Every time she went outside to smoke a cigarette they made her take it off. They were on to us.

I met an incoherent philosopher. He made us give him really long hugs, but they were more drunken than amorous so I was fine with that. Maybe because he shared so many gooey-ooey thoughts about humanity I stole one of Katelyn’s cigarettes and traded it with a stranger who wandered up to the back wall for a high five. I met shitshow-dancing-guy who stood up on a chair and fell ass-first onto an iPad on a glass table. He knocked a taco plate on the ground but miraculously didn’t break anything. I also helped a girl roll a joint because even though I don’t smoke I really wanted to feel skilled at rolling joints for a minute.

Nearly everyone went home or to bed, and we were left with incoherent philosopher and girl with a joint and no desire to help them smoke it. So we exited the same way we came and followed our ears across the street. We found The Jungle.

This group of people all live in close proximity to each other in the same condo complex and share a courtyard. They’ve named the sluttiest guy in the group, “King of the Jungle.” Fucking romantic. I plopped myself in a lawn chair like I belonged there and peered at the attractive strangers through palm fronds. I mostly had to introduce myself, and when they asked how I knew everyone: “Neighbors.”

Later Katelyn and I went into the house. A cluster of people sat on a large L-shape couch around an ottoman and two women sat on the opposite wall on bar-stools like cross-armed sentries. Next to them: a huge In-N-Out wall hanging. I felt very welcomed because Cindy or Cynthia or Kathy or whatever put me in a barstool in the middle of the room and told me I look like a mermaid (my hair was down and I had on green tights).

Katelyn and I had to have a pow-wow in the bathroom because “holy fuck we are crashing a party.” We heard a sharp knock on the door, “Hello, I’m the owner of this house. Do you need help in there? Because I would really like to help you.” That was the only tense moment of the night. After we came out of the bathroom all was forgiven.

I want to say we made new friends, but we really didn’t. I think that’s the side-affect of joining a group of people at the bitter drunken end of their night. I did make the mistake of giving my number to a guy I shouldn’t have given my number. He is in love with me and sang me a song and wants to 3-way kiss with my girlfriend and me. I really want to text him back and say his messages are improving (fewer Ys in his heyyyys, yay!) but I don’t want to give him false hope. 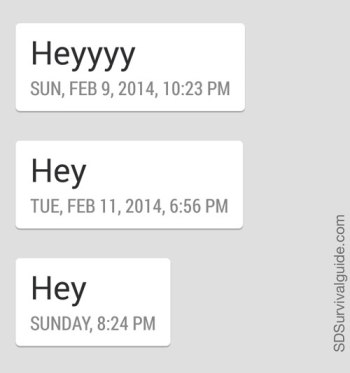 *We have a new bed & new pillows. It is perfect. It is like sleeping in the Disneyland hotel. We’ve spent the last 2 years on a 7-year-old full size mattress so this is a big deal.