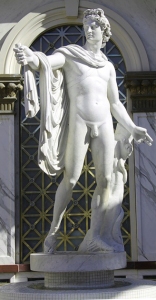 Katie dismissed the apology. “I really don’t have an issue with them if they’re not pointed at me.”

“Not pointed at me, not a problem;” Fawkes made the catchphrase.

I agreed, as did Katie’s girlfriend. I’ve had a rant developing for some time now on the shaming of genitals that occurs in the gay community. I don’t often miss an opportunity to express my dismay for the way we insult the bodies of the opposite sex.

Gay men, for example, sure seem to love the “C-word” and talk about vaginas like they’re steaming snot pockets.

From a post of mine in 2014:  I hear the most misogynistic crap come out of the mouths of gay men.

Part of me wants to give them a break. If the world has been trying to force-feed you women on a platter like they’re juicy delicious burgers (every Carl’s Jr ad, ever) and you finally want to express your right to want something different in life by proclaiming, “ewwww vaginas,” who can blame you, right?

Gay women tend to pair the adjective of “gross” with many aspects of men, penises not excluded of course. Considering the great lengths to which I am forced to fend-off presumptuous men (e.g. with dicks), I don’t begrudge a lady her need to generate an electric fence of penis-hatred to keep out her foes. Our (reality-based) fears of sexual harassment and assault give us negative reactions to the male body, sometimes if not always.

Side note: I wonder what it feels like to have a part of your body, e.g. the naked and aroused penis, inherently seen as aggressive? (Powerful too, to be true.) It makes me a little sad for the gentle, consent-loving, yet desire-having men out there who have to live with this perception which is largely out of their control.

There’s also another aspect to our squeamishness that is more personal, more complex, and related to the force-feeding I mentioned before. Despite my diatribes of body positivity, I very recently squicked out beyond self-censorship when I touched an (extra-soft) “packer” for the first time. A packer, or a facsimile flaccid male member that is meant to be worn inside clothing, can be found at many LGBT-friendly sex toy shops, which is where I was. “Eww eww ew,” I whispered loudly to my compadres, my eyes squeezed shut and my hands wringing.

When the prevailing narrative expects you to enjoy the bodies of the opposite gender, and you do not, you will feel the pressure in the moment of now and you feel the pressure from all your memories through childhood and beyond. You might feel or have felt a vague discomfort, a dissonance, you might have tried to entertain the idea for some time, or you may even have had sexual encounters or long term relationships. For me, my revulsion is the remnants of having to renounce this original heterosexual programing. It’s like growing up and remembering you used to eat boogers. Eww eww ew.

Still, I find it off-putting when I go on a date with a woman and she over-emphasizes her distaste for dick like it’s a guaranteed fact that I’m going to agree with her. First thing that comes to mind — I date a lot of bisexual women. I imagine them listening to my overzealous date ramble on like penises are pestilence which infect everything they touch. Insulting men’s bodies can transgress into insulting the women who love them. Next, we have the problem of we’re now talking about men on our date. If our lesbian date fails the Bechdel test, I’m out. But, most importantly, I am bummed out on body shaming.

We are talking about people’s bodies, here. Their parts which they carry with them, which are used in daily life, which they use to love others. I think of the hate we have for our own bodies, and imagine someone else hearing mine for theirs on top of that. Okay, sure, many of us will be able to shrug it off, thinking, ha, that lesbian thinks penises are gross how subversive and yet obvious. At the same time, I’d rather we see each other with more humanity. I’d rather we didn’t resort to pinning a slew of complicated personal and societal issues onto the type of genitalia or sex characteristics a person happens to have.

So, please, think about the language you use. Are all beards universally gross, or are you just reaffirming your own sexuality after years of being told the wrong thing as a child? Are vaginas inherently disgusting and scary, or are you disgusted by the way the hyper-sexualization of women is pushed onto you and scared by the intensity of this pressure? And dicks — are dicks a problem if they’re not pointing at you?

One thought on “Not pointed at me, not a problem”