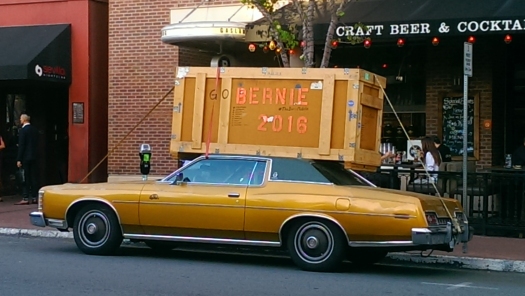 We had less than 48 hours to gather for the Bernie Sanders rally at the San Diego Convention Center, the same venue that hosts SD Comic-Con.

I knew the event opened at 5pm, and Bernie spoke at 8. I suspected if I got to the center by 5pm, I might make it inside to see my presidential hopeful. Knowing the time commitment that already represented, I opted to take a leisurely early dinner with another Bernie supporter, munching on fried duck skins and seafood salad (at barleymash — delicious). Another friend of ours dropped a pin so we could meet him in line.

We followed the dotted line on my phone, past people lined up outside the front of the convention center, through the stairway in the middle, and out to the back lawn and wharf. Miles of supporters formed a snake that reached both ends of the embarcadero and doubled (tripled?) in its center. This exceeded my expectations, to put it lightly.

I have never been so happy to wait in a line, and it’s not just because I was buzzed off the two IPAs I had with lunch. Not only was the joy surrounding me contagious, but also people were courteous, never over-eager about their place in the queue, never territorial.  That Nintendo DS I mentioned to entertain myself? Didn’t open it once. Above all, I was just thrilled to be there, to be another body on the ground, showing my support. Being a part the 10,000 or 15,000 or 20,000 headcount (numbers seem to vary depending if news sources count who actually made it in, who stood in line, and who showed up in total).

I texted a picture of (just a portion of) the line to my dad, and he said, “That is a beautiful image.” 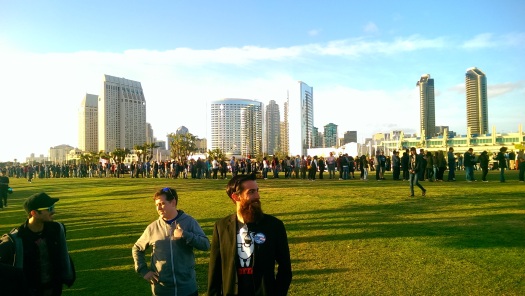 The sun had set by the time we neared the front of the Convention Center building. Out from the dark road came blaring red lights, and cheers roared at the realization that this was Bernie’s motorcade.

By then the line was moving in a brisk march. To my happy surprise, I made it into the overflow room.

Before the end of his speech, my hands were sore from clapping, my throat dry from hollering, and my feet tired from standing. My face hurt from smiling. Then, I was hit with this sudden, poignant feeling. I realized, if he doesn’t win, I will be genuinely sad. I have never agreed so much with a candidate, never felt so much hope, and never cared so much about the outcome of a race. This feeling nested in my heart for the rest of the night.

You’ve got to win this, Bernie. You have just got to win.

It’s not that I hate politics. I don’t care enough about them to hate them. Am I really lazy and self-centered? Finances: handled. Family: close. Friends: cherished. Art (and writing): nourished. Health: decent. Love life: abundant. Party life: probably too abundant. I’ve got a lot going on, and while I certainly could shift my priorities to make time for becoming worldly and political, I always have just hoped things like global news and government would become naturally more appealing as I aged. 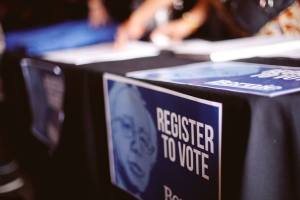 Enter Bernie. My friends seem nuts about him. I watch some videos. This guy is consistent. I read some articles. Really consistent. I get invited to a rally. I say yes and then hundreds of people say yes.

Everything about this candidate and the movement surrounding him makes me feel like now is the time to enter this conversation I’d been so long avoiding — been plugging my ears saying lalala (or really, just turning down the volume). Admittedly, I don’t know a lot. I know he uses the phrase, “enough is enough,” he speaks candidly about 1% of the population owning 90% of the wealth, he’s been pro marriage equality for decades, and he’s pretty serious about global climate change.

I’m not worried about not knowing so much, this time. In previous years, I procrastinated filing out my write-in ballot because the task of deciphering so much duplicitous political information daunted me into missing my deadline. I’d have to fill it out on voting day and drive to the ballot box to drop it off anyway. This campaign, I am finding it easy to start early. I’m finding it easy to learn a little bit about Bernie between nights of revelry and nights of Burning Man preparations. 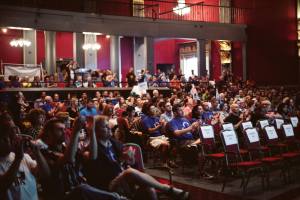 I’m finding it easy to say yes to political events. The rally was enormous. I have been to the North Park Observatory before and never seen it so full. Luckily, my date beat me there and saved me a seat. My friends were everywhere. Aaron Truax started what he thought would be a bustling shindig for his friends, registered it on the official campaign website, and watched it overtake the original venue. His roommate stood behind a table, selling T-shirts. Our friend Maia Tagami introduced the livecast. 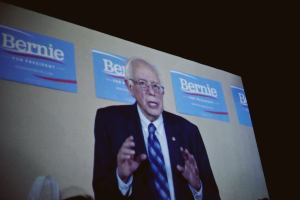 I am so used to overly-coached, well trained (& well paid) politicians that I wasn’t sure if Sanders speaks simply on purpose. His speech reminded me of an assignment I might have been tasked to write in my advanced Poli-Sci class in high school, senior year — an organized, straightforward, no-frills essay. It’s clear he has savvy, that he knows which talking points need to be made. He’s a smart man. But he’s a smart man who cares most about his ideals, cares more about them, I think, than winning.

So yes, I played along with being a part of history by voting for Obama two seasons ago. Yes, I have always half-ass encouraged my friends to register and vote. This time, however, will be the first time I really get involved. Maybe it could be your first time too.

I’ll be at West Coast Tavern to watch the GOP debate with friends, join us! 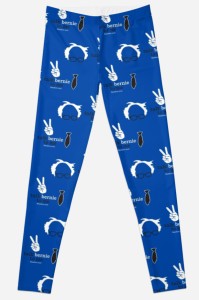