You are tired of little things being blown out of proportion. So what, he wore a shirt. The man put a spacecraft on a COMET. Go ESA!

Still, these people have to assault his character and professional credibility. They string up their offense like a banner and expect everyone to just bow down. They use the tiniest little details as an excuse to write raging blog articles about feminism, because they know they’ll get a ton of views. It’s contrived, stupid, and it’s not real activism. 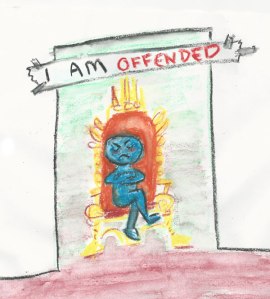 I hear you. I have feels for Dr. Matt Taylor. When he cried, I wanted to cry.

But, perhaps, not for the same reasons as the rhetorical “you” described above.

I imagine a different story, a bigger story. This man is intelligent. He is creative and believes in expressing himself. I can see by his tattoos he probably never expected to be a ‘role-model.’ I imagine that he even chose to wear that shirt, a gift made by a friend, because he knows and believes that “alternative” looking people can be successful in science, and he wants kids out there to know this too. Fuck the man, I’m going to look the way I want to look, and be proud of myself. 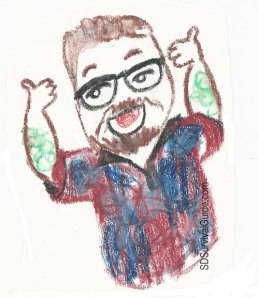 Then, he heard about the first article. He read it. He looked for another article (this science-loving evidence sleuth). He read that. He read all of the articles on the internet he could find. He read the hate-spewing comments. And what happened? 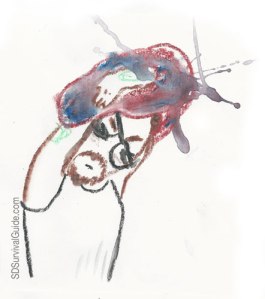 He got past defensiveness (if there was any). He got past indignation, or anger. He, instead, felt mortified. He felt defeated. He realized that he tried to be himself, to express himself, and in so doing, may have made women and little girls feel insecure about their place in science. His innocence was stained. He realized he was part of the problem. He was truly, authentically remorseful, and he expressed it with tears. It was a beautiful, heart-breaking thing to witness, and I wanted to cry with him. 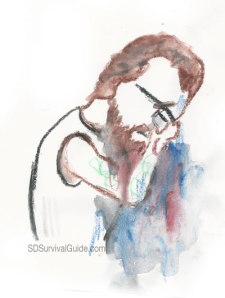 This is what happens when an intelligent man is faced with his mistakes. He feels them more truly than those too defensive to see clearly. He sees the thousands of implications of his tiny, tiny, oh-not-so-tiny mistake. He is not just crying for himself, but for the massive oppressions beyond himself that he cannot control, and that he inadvertently added to the weight with a seemingly harmless decision. That is the story I see.

I have explained all this so you know my sympathy for him, and so you are prepared for my explanation of why you were so angry.

I am angry because I am tired of the little things adding up to my breaking point. “So what, it’s not a big deal,” I often hear. This hurts me! I want to scream.

Still, these tiny things assault me even when I think I am shielding myself against them, even when I do not want them to. The way women are drawn in cartoons I try to enjoy. The way writers depict my gender. Thinking I’ve made a new friend, then he says some offhand thing about women being crazy, as if I’m supposed to empathize, as if I’m somehow exempt because I’m awesome and not because I’m in the majority. God, I shouldn’t have this reaction, but I’m annoyed/crying/angry because I had to witness all of these little things and I know I will continue to witness all of these little things and know their implications. Misogynists claim “reason” as their banner and call me insane, over-reacting, say I’m bitching and whining, and expect me to shut up when I try to tell them all the weight of all the ants in the world is as monumental as our own: that these tiny things are not oh-so-tiny.

So I use a popular public topic as an excuse to write a blog article about feminism because I know I’ll get a ton of views. Sometimes it feels useless, pointless, like it’s not real activism. But it’s something I can do against the endless assault, and often people say, “Thank you.”

We are in frustration-inspiring times. Some of the more obvious issues have been addressed, or at least they seem obvious in hindsight. Bras have been (mythically) burned, women vote, everyone knows women are supposed to be equal to men. Why does everything have to be so “offensive” all the time? Can’t we give it a rest?

No, unfortunately no. Awareness still matters, and awareness is annoying in its methods. We are tasked with the arduous work of “nit-picking” and “micro-analyzing” and “bringing to attention.” The invisible trespasses against the oppressed will not be revealed in a grand curtain fall. They will be drawn out in little bursts. Yes, we have to capitalize on the obsessions of public attention to make a point, and it feels (and reads) like a Trojan Horse. It is wearying to have to read about so much offense. It is exhausting to feel expected to react to each one.