The people of the internet want to know: Why is San Diego So Boring?, and they want to know if it’s pointless to move here.

I’m surprised I haven’t written about moving to San Diego before. Okay, no, I’m not surprised. I didn’t move here and I don’t care. I was born here, I’m stuck here forever, and the comings and goings of transplants is as regular and invisible to me as the movement of the tides of the Pacific Ocean. (It never fucking stops.)

I had to get a picture of the Pacific Ocean (and Downtown SD) from my friend Sarah Snow because I don’t have any pictures like this on my phone because apathy killed my soul and the beauty of my own city fails to ever move me.

Still, all the comments I’ve been getting on the boring-ness of San Di-ago make me wonder if I would recommend moving here to an outsider.

I live in Chicago. Born and raised and I have always wanted to live someplace warmer. Los Angeles was always my dream but after my visit there in 2009 I changed my mind because I didn’t like some things about the town and it just wasn’t what I expected. So flash forward to 2016 and I still have the desire to move elsewhere. The housing market in Chicago sucks and I cannot see ever buying a place here unless I want to live in the ghetto or burbs which I do not lol. Its also very segregated here but I wouldn’t necessarily say that it is racist though there have been discriminatory incidents. But anyway, I just want to leave mostly because of the weather and I’m just bored in general and need something new. I was considering San Diego but as I read an article about reasons to move here something prompted me to search for ‘is San Diego boring” because it kind of seemed that way as you never hear anything about the city. And that is how I came across this post. Though this is a small number of the populace confirming the city’s boredom, there has to be something to it if the consensus is the same right? I am an introvertish person but since I’ve lived in the city all my life I think I might miss the hustle and bustle and I do enjoy interacting with others. Plus I’m not married and don’t have any kids so I’d need friends to have a life. Oh well, back to the drawing board :-(

Side note: I don’t live where you live, but that sounds like racism to me. No need to mince words. Racists fucking exist in America (e.g. Drumpf with his anti-immigration rhetoric) and I think trying to minimize how bad it is contributes to the problem. Though, of course, Natasha may be a Person of Color and may have her reasons for minimizing the segregation she sees in her city.

The only person I got close to who is from Ohio now lives in Chicago. They lamented San Diego’s lack of dance scene to me, saying that people need cold and miserable weather to beckon them to move around in warehouses and clubs. However, I’m not sure they moved back homeward because of boredom per se — perhaps just of wanting to enroll in grad school.

You might find this place too boring, Natasha. You seem to be a rational person who knows herself well. So I’ll be straightforward. Given the cost of living, it’s a gamble to give moving here a try. I should also try to dissuade you from transplanting, as I am a “San Diego native” — I have a moral obligation to be territorial, I suppose.

As a sympathetic human being, however, I would say don’t give up entirely. San Diego is a great stepping stone to California, and California is fucking magical. Come here, see if you can find the friendly weirdos / weird friends, and if you’re missing the hustle and bustle… It’s a big state. Or coast. Try Portland? 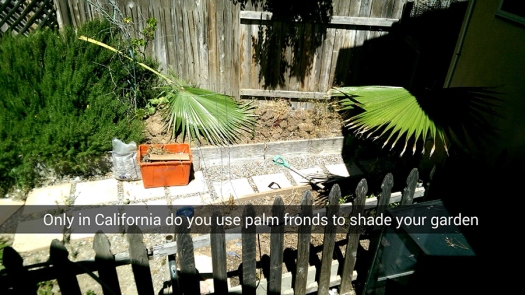 I love my life here, but I’m in a special place. I found my best friends, and they like the things I do. I enjoy the juxtaposition of the Oasis of Oddness I usually dwell in vs. the Sterile San Diego I encounter when I venture outside my friend-bubble. I feel part of something underground, and am constantly re-realizing, with amazement, that I’m in some kind of nebulous, breathing, self-perpetuating Art Collective with my friends. If I grew up anywhere else, my feeling of being a majestic odd-bird could have been threatened into submission. Alternative universe Portlandian-sami would blend in with the rest of the freaks and feel very normal and boring. I probably would only post in my blog 5 times a year, because what’s the point?

I also think, in a place that Keeps Weird,  I’d never have learned the value of a close-knit community. De-facto loyalty doesn’t work for me; I need to be actively attached and sharing passions to continue to invest in a person. I can’t just be lifetime buddies with someone because we picked boogers in kindergarten together. I need to live in the moment. The transplants that come and go here get all of me (until they leave, and then they don’t). A place with more hustle and bustle might not have had enough scarcity of people-gems to force me to hold on to my friends.

After ravenously sampling the social scenes of SD in my party-est years of 2011-2013, I found my people. Natasha, if you are willing to do this, you could love it here, too.

If you maintain only shallow friendships, tend to hole up alone (or with your cats) for extended periods, and expect to be able to step into a lively and engaging city on a rare whim to be social.. I think you’ll be sorely disappointed.

If you’re a San Diegan with a question, or you have a question about San Diego, ask me.

One thought on “Should I move to San Diego?”